Tsavorite is actually a Green Grossularite Garnet. It is a Calcium Aluminum Silicate (like its sister stone, Tanzanite) with a chemical composition of Ca3Al2Si3O12. Its intense green hues are caused by the presence of Vanadium and sometimes Chromium.

The shining green tsavorite is a young gemstone with a very long geological history. Its home is the East-African bushland along the border between Kenya and Tanzania. The few mines lie in a uniquely beautiful landscape of arid grassland with bare, dry hills. It’s dangerous country, the habitat of snakes, and now and then a lion patrols, on the lookout for prey. There, near the world-famous Tsavo National Park, that history began.

In 1967 a British geologist by the name of Campbell R. Bridges was looking for gemstones in the mountains in the north-east of Tanzania. Suddenly he came across some strange, potato-like nodules of rock. It was like a fairy-tale: inside these strange objects he found some beautiful green grains and crystal fragments. A gemmological examination revealed that what he had discovered was green grossularite, a mineral belonging to the colourful gemstone group of the garnets, and one which had only been found on rare occasions until then.

It was of an extraordinarily beautiful colour and good transparency. The find made the specialists sit up and take notice; Tiffany & Co. in New York also soon showed an interest in the newly discovered green jewel. However, in spite of all efforts, it was not, at the time, possible to export the stones from Tanzania. But Campbell Bridges was not one to give up easily. As a geologist, he knew that earth strata bearing gemstones were not necessarily limited to one particular area, indeed that they could extend over much greater areas – and in his opinion the stratum he had found was just such a one. For the rock belt in which most of East Africa’s gemstone mines lie is very ancient.

It began to form many millions of years ago, while the continents were still very much on the move. At that time, the area concerned had actually been under the sea. The sedimental deposits between the continents were greatly compressed and folded as a result of the movement of the massifs. Through tremendous pressure and at high temperatures, the rocks which had been present originally were transformed.

New, exciting, beautiful gemstones came into being – among them the tsavorite. Having said that, the tremendous forces of Nature damaged most of the crystals so badly at the time of their formation that today it is usually only grains or fragments which are found.

Campbell B. Bridges persevered. His surmise that the seam bearing the gemstones might possibly continue into Kenya finally put him on the right track. In 1971, he discovered the brilliant green gemstone for the second time, in Kenya. There, he was able to have the find registered officially and begin with the exploitation of the deposit. It was an adventurous business.

To protect himself from wild animals, Bridges began by living in a tree-house. In order not to have any of the gemstones stolen, he set a python to watch over them, making use of the fact that his workers were afraid of snakes. It was a wonderful find. Unfortunately, the gemstone had been known only to specialists up to that point in time, but that changed quickly in 1974, when the Tiffany company began a broad promotion campaign which soon made the tsavorite well known in the USA.

Further promotion campaigns followed in other countries, and soon the tsavorite was also known at international level.

ARE YOU BORN ON JANUARY? 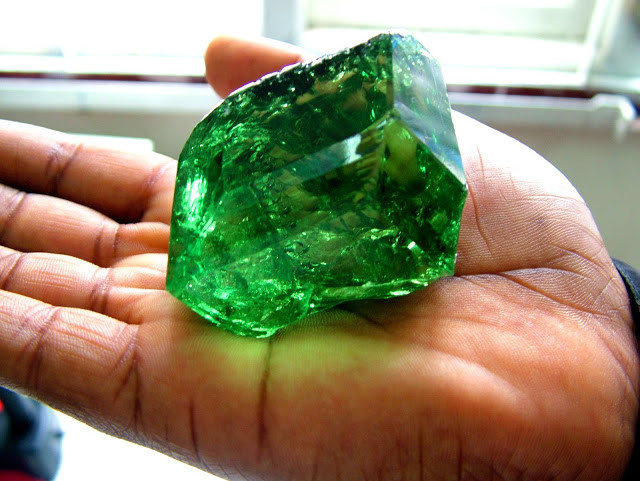 Tsavorite gemstone is your birthstone. Lucky and auspicious for you specially.

The two primary deposits of Tsavorite are the Scorpion Mine in Taita, near the Tsavo National Park, Kenya; and in the Merelani Hills, Arusha Region, Tanzania. Tsavorite was also discovered in Tuléar Province, Madagascar, in 1991.

View all posts by admin →